Recently we talked about the origin of ก๋วยเตี๋ยว /gŭay-dtiăw/. If you remember, rice noodles vary in size mainly. The biggest ones are called เส้นใหญ่ /sên-yài/.

Can you guess the meaning of both sentences? Number 1, it means ‘big noodles, clear soup, (with) pork’. Yes, it’s simply an order when you go to a noodle restaurant.

What’s about number 2? When we say that someone is a big noodle, we do not mean that someone becomes real noodles. No, it doesn’t make sense. So, what does it mean?

In Thai language, เส้น /sên/ can also refer to connections. That’s why, someone with very good connections is called เส้นใหญ่ /sên-yài/. Normally, this word is pretty negative. We regularly use it to explain how someone gets something such as a position or any kinds of advantages in an unusual way. 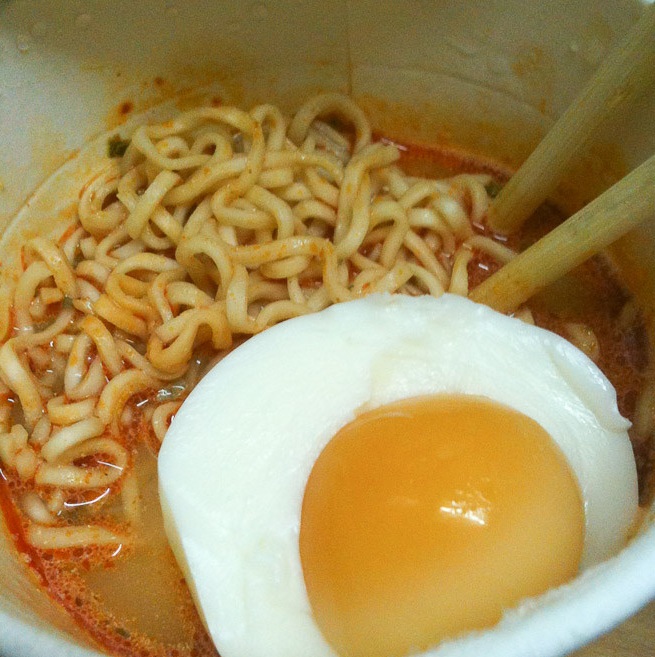 If you have been in Thailand long enough, it’s impossible not to know it. มาม่า /maa-mâa/ is everywhere in Thailand; in 7-11, big or small grocery shops, supermarkets, hypermarkets, even at home.

Yes, we are talking about instant noodles!!! Instant noodles are made from wheat flour. They are steamed before deep fried. Different from Instant noodles in other countries, here they are very crispy. You can even eat them dry without boiling in water.

Thais pick up a word ดราม่า /dra-mâa/ from ‘dramatic’ in English. When someone is over-dramatic, we will call him/her ‘ดราม่า’ /dra-mâa/

Nowadays some people overreact in online public spaces such as forums, pages, etc. So, it’s not that hard to see them argue with each other if they disagree.

You might notice an expression ‘ต้มมาม่ารอ’ /dtôm maa-mâa ror/ when they are waiting to see people dispute against each other due to their over-dramatic comments.

Today we talk about two different kinds of noodles and two expressions in Thai language. I hope that you enjoy having noodles like me and will not กินมาม่า /gin maa-mâa/ with anyone soon. LOL