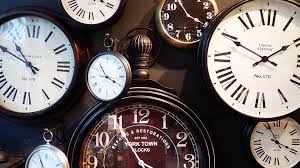 There are 2 different systems to tell time in Thai. The easiest one is the official way. We will use 0 to 24 following by a word นาฬิกา /naa-lí-gaa/. นาฬิกา /naa-lí-gaa/ means clock, watch or o’clock. It’s very simple but nobody uses it in spoken language. I mean, you can talk with people by using this system but please don’t expect anyone else who are Thai to refer to this system when talking about time.

So, how do Thai people tell time in general? 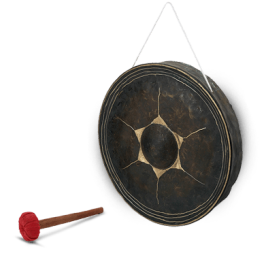 In the ancient time when people didn’t have watches, clocks everywhere like now. A City Hall or a temple was responsible for telling time. During the daytime, they would hit a kong. People thought that its sounds was like ‘moeng’ (โหม่ง) so, they said ‘moeng’

At night, they changed the instruments. From 7 P.M. until midnight, they hit a drum instead. People heard its sound like ‘dtum’ (ตุ้ม) so they said ‘tum’. After midnight, it was not clear what exactly was the instrument for telling time. In the peaceful time, it might be possible that no one was awake the whole night to tell time. Anyway, they assumed that some kind of metal will be used to hit from 1 A.M. until 5 A.M. That’s why we use the word ตี /dtee/, meaning hit, slap, etc.